Get ready to see more cranes………. the construction kind that is on Orlando’s International Drive, this time for the planned iSquare Mall + Hotel project.

Abdul Mathin, developer of the planned $300 million-$400 million multilevel upscale mall and 27-story, “seven star” hotel on I-Drive, said preliminary work on the massive project could wrap up in the spring with shovels hitting the dirt by next summer.

“This year has been a very exciting and thrilling year for me and my team to accomplish the major milestone of getting the project approved by the city of Orlando,” Mathin told me. “Our goal is to complete the design and permitting phase by May 2015, and groundbreaking by summer of 2015. The opening of the mall and hotel are still on same schedule for summer 2017.”

The Blackmine Group, last month revealed he signed an agreement with United Kingdom luxury spa company Espa to manage and operate a 25,000-square-foot, on-property facility. The spa will be on the 27th floor with a 30-foot ceiling and will feature an infinity pool.

The project includes an upscale mall with international retailers, along with the hotel, an indoor ice skating rink, a 100,000-square-foot convention center, a 500-seat live performance theater and a rooftop observation deck with rotating restaurant. It’s expected to create 2,000 jobs and help transform the north portion of I-Drive into more of an international, luxury destination. 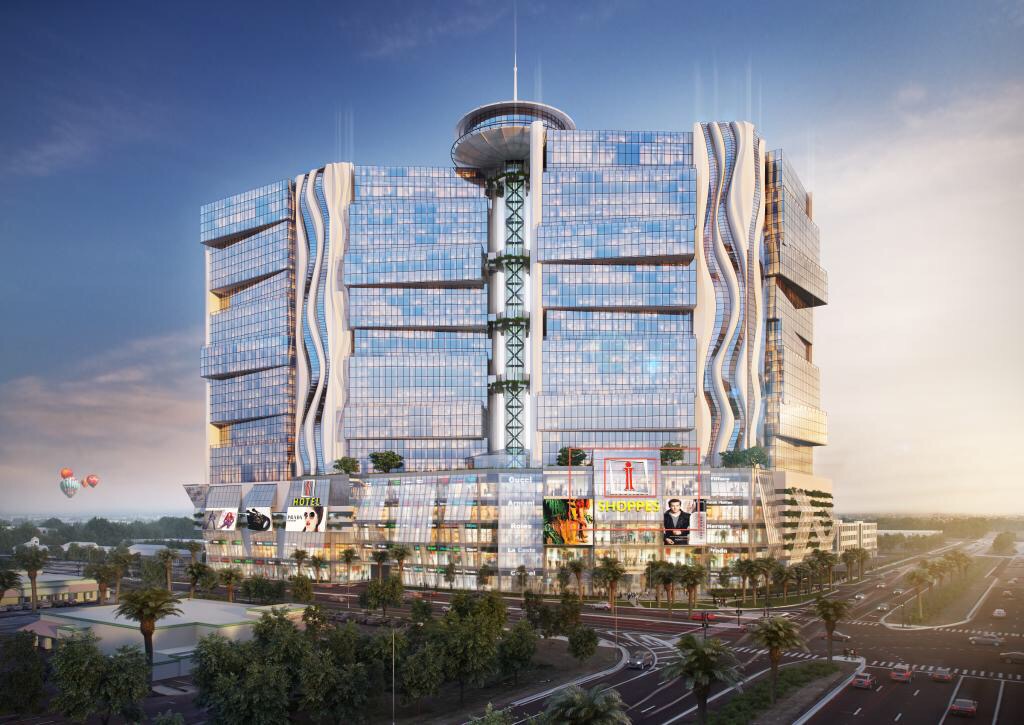