Time To Go Bananas Over Kong

Time To Go Bananas Over Kong 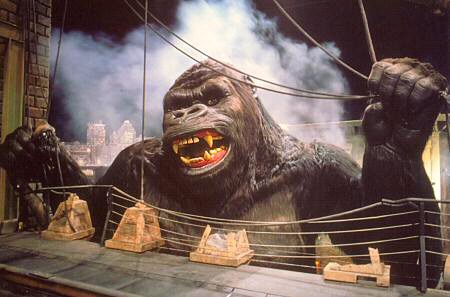 One of Universal Orlando Resorts original rides that closed in 2002, is making a come back over at Islands Of Adventure. I’m sure most already knew that!

Comcast Corp Executives confirmed it during an earnings call on the 24th, Micheal Angelakis chief financial officer said ” We continue to invest in attractions including Harry Potter, Fast & Furious in Hollywood and a King Kong attraction in Orlando, we are transforming our parks into must-see destinations.

We had this leaked to us during IAAPA by someone who shall remain nameless, let’s just say during an interview he dropped the ball and told us most of what the ride will have to offer but we ain’t gonna leak it on here as we wouldn’t look very professional in landing him in it.

Meanwhile, the company reported its theme park business raked in $2.62 billion in revenue for the entire year, up 17.3 percent from $2.2 billion in 2013. Fourth-quarter business was up nearly 30 percent from $566 million in 2013 to $735 million last year. Execs credit this to The Harry Potter Diagon Alley Expansion as well as the increased popularity of the Halloween Horror Nights events in Orlando and Hollywood, Calif.

Jumping back to the news at hand is that banana breath is returning, will we see Kong return for a photo op at the end of the ride? ﻿will we see Kong and the Minions battle it out over a banana? Will we start to see other former attractions make a come back? the fans spoke and Universal listened.