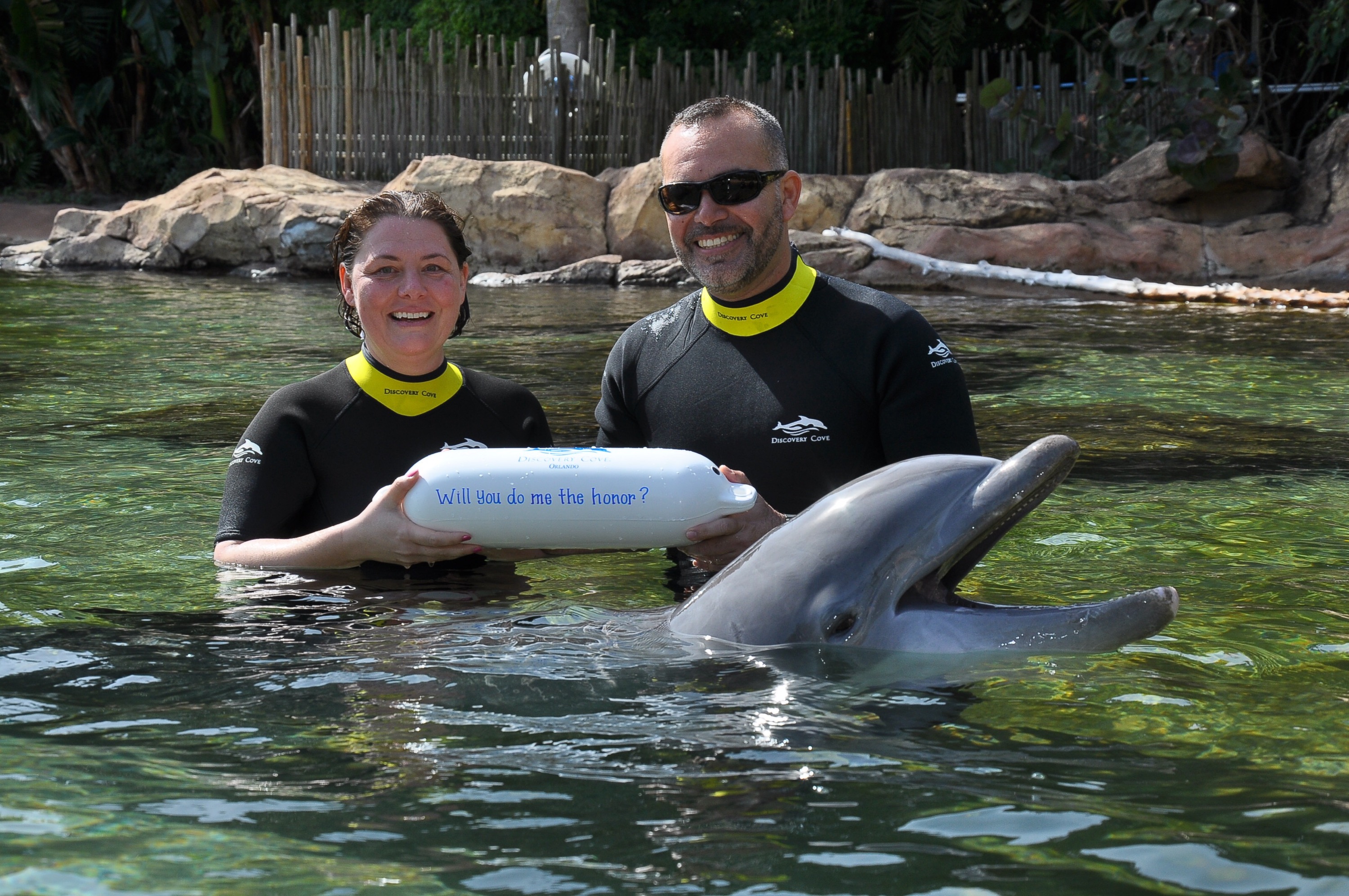 ﻿This past weekend, United States Army veteran Federico Arce proposed to his wife, Diana, at Discovery Cove® in Orlando. Immersed in a tropical paradise, Arce surprised Diana with the help of an Atlantic bottlenose dolphin carrying a buoy that read “Will you do me the honor?”

Arce never had the opportunity to properly propose to his wife when they first got engaged almost 10 years ago. This past Saturday, he decided to make his wife’s dreams come true with the perfect proposal and ring.

Following the surprise from Rascal the dolphin, Arce walked his wife to a private cabana, got down on one knee, re-declared his love and presented her with the ring. The couple celebrated this special occasion with their family while discovering up-close animal encounters throughout the day. While in town from Fayetteville, N.C., they also enjoyed a day at SeaWorld® Orlando.

Arce was deployed for more than eight years and served as an E-4 specialist in Operation Iraqi Freedom. He was discharged for medical reasons and is now a veteran of the Wounded Warrior Project. For decades, SeaWorld Parks & Entertainment has honored the U.S. military through its Waves of Honor program. This past weekend provided the company with a special opportunity to celebrate a brave man whose love story is symbolic of the American dream.

Congratulations to Acre and Diana, what a great way to propose. 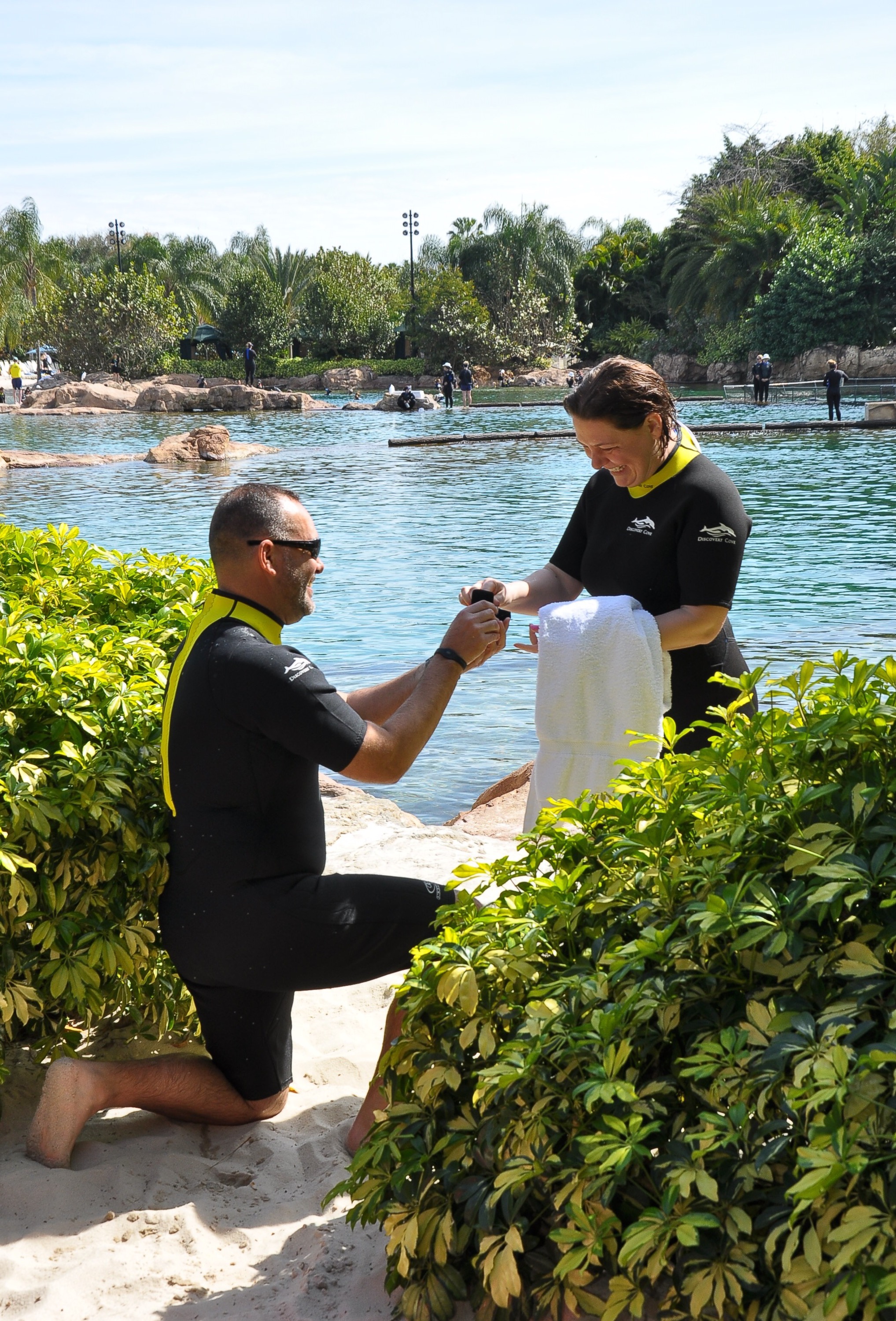