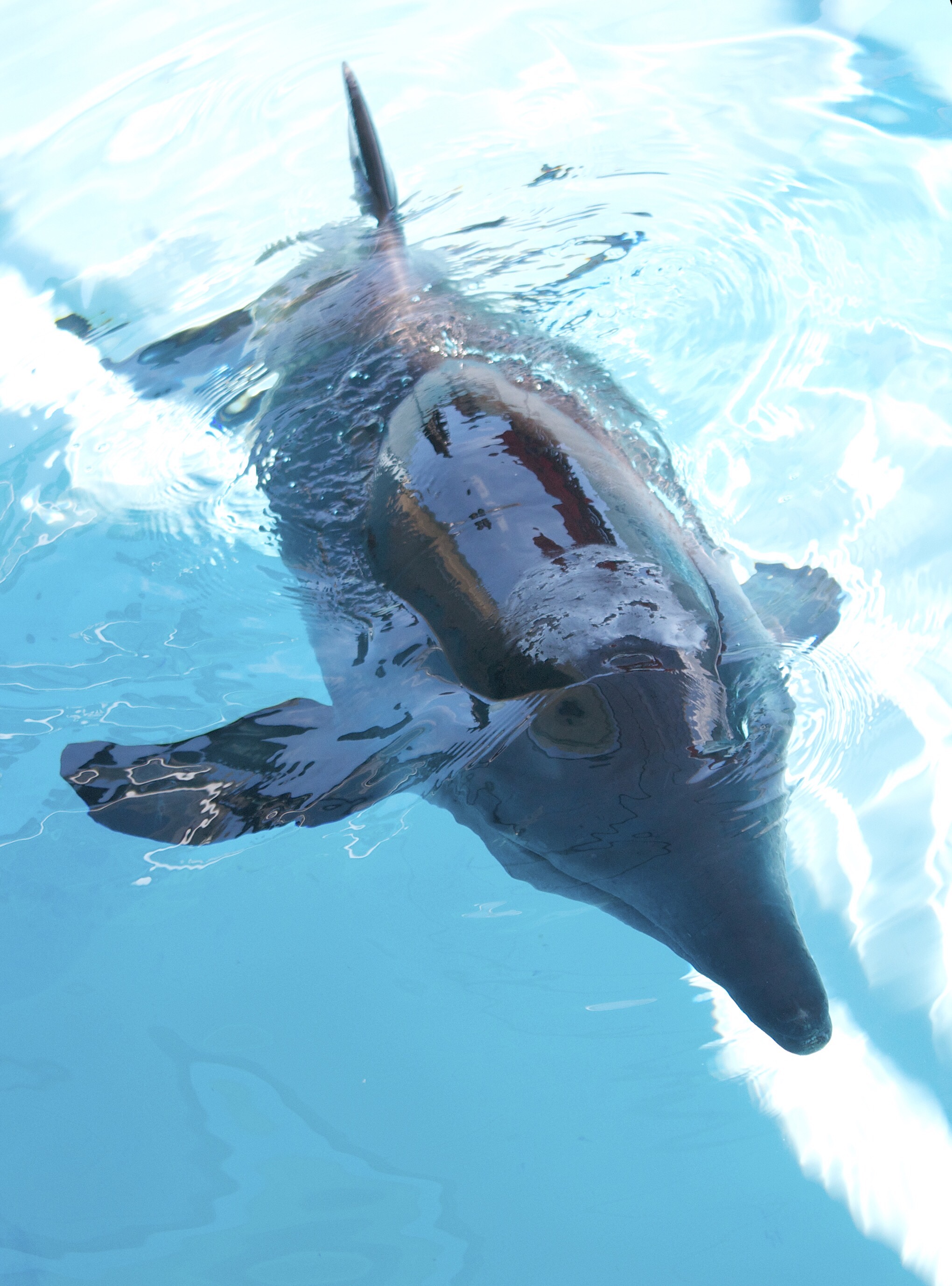 On Father’s Day morning, SeaWorld Orlando’s Animal Rescue Team was called by the National Oceanic and Atmospheric Administration (NOAA) to receive and care for a rough-toothed dolphin who was found beached on the shoreline of Clearwater Beach. Rough-toothed dolphins are found in warm climates and in deep waters. They are known to live near Hawaii and the Northern Gulf of Mexico.

The 200 pound, 7 foot sub adult male rough-toothed dolphin was retrieved by the Clearwater Marine Aquarium and transported to SeaWorld Orlando. Upon arrival, the dolphin was placed in a quarantine area where the SeaWorld Animal Rescue Team and veterinarians provided immediate treatment and care including, fluids and antibiotics.

Due to the dolphin being severely weak, the animal care team were constantly monitoring the dolphin’s respiration and four animal care experts are walking beside the dolphin 24/7 to help it gain strength. 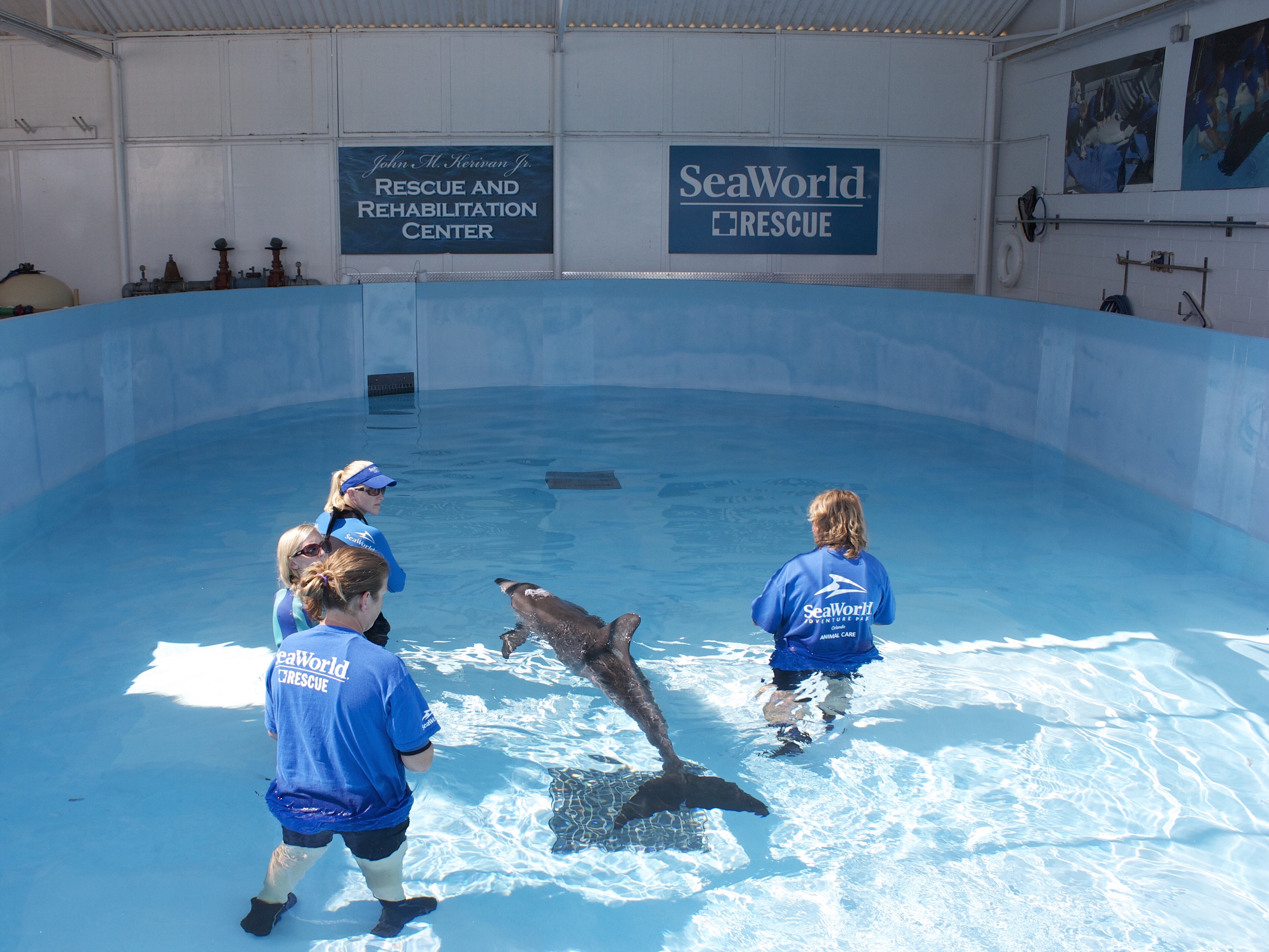 Now, more than 72 hours later, the dolphin is beginning to eat and swim on his own. His caretakers, although still in the pool, now offer minimal guidance to help direct him. As test results come in over the next week or so, continued treatment and care will be provided to the animal. These tests will help the team understand the animal’s over-all health and see if there is any inflammation or infections.
He will continue receiving around-the-clock care during his treatment, with the ultimate goal to rehabilitate and return him to the wild.