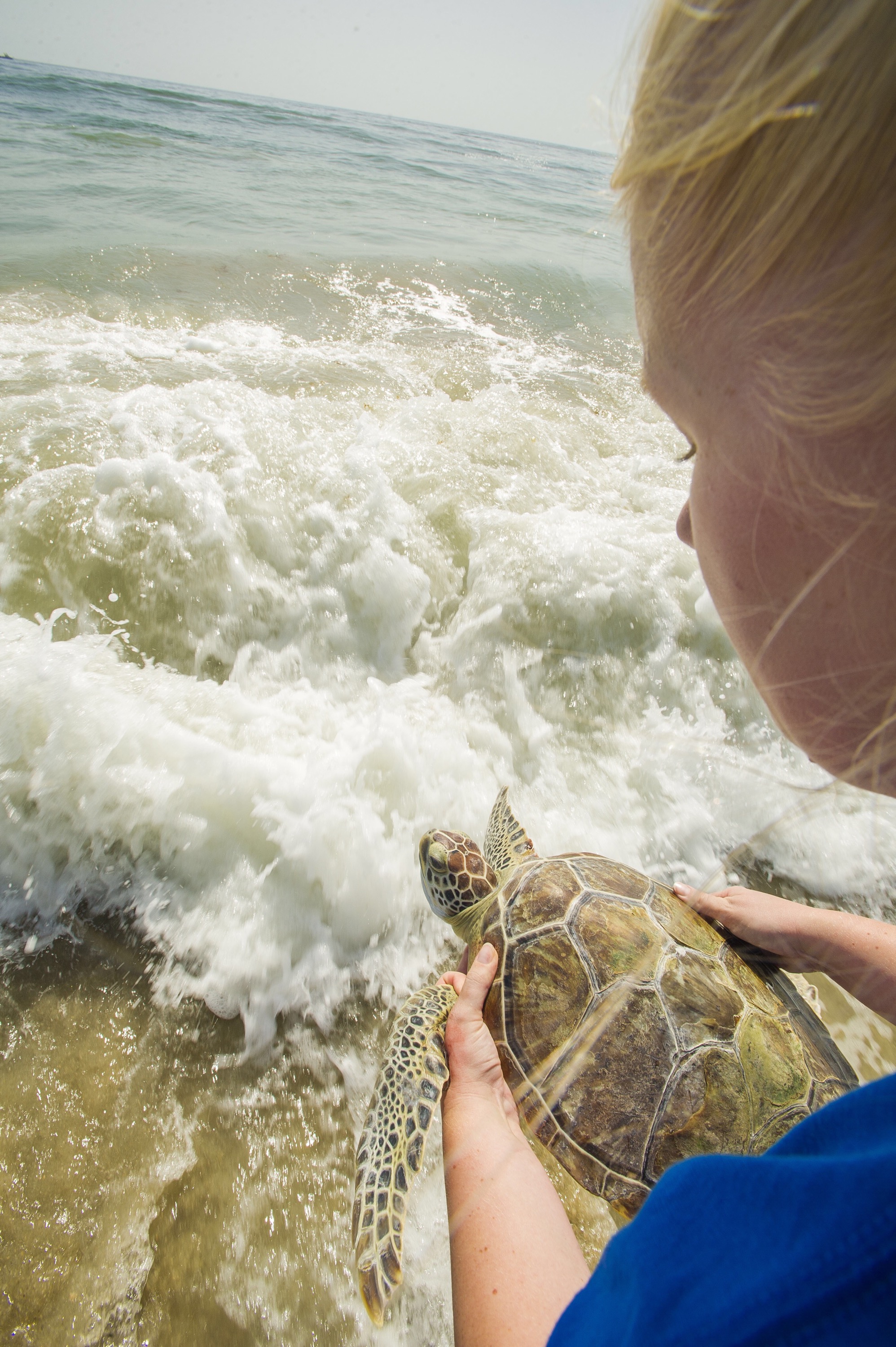 · The first turtle, weighing 13.2, pounds arrived at SeaWorld Orlando on February 21, 2015, after being rescued from a Sebastian Inlet State Park beach. Upon intake the turtle weighed 8.5 pounds and suffered from severe malnutrition and lethargy.

· The second turtle, weighing 5.8, pounds arrived for treatment on May 26, 2015, after being found stranded on a Brevard County beach. Upon intake the turtle was slightly underweight at 4.3 pounds and received antibiotics to treat a bacterial infection.
As part of treatment, both turtles received a balanced diet, increased vitamin intake, and daily care by SeaWorld Orlando’s veterinary and zoological staff.
After a positive trend in health and several medical tests, the decision was made that both animals were ready to be returned. The SeaWorld Animal Rescue Team works closely with the Florida Fish and Wildlife Conservation Commission to determine when a rescued animal can be returned and where.