A rescued rough-toothed dolphin has been found to be deaf after SeaWorld zoological experts worked with specialists to perform a hearing test on the animal. The SeaWorld team has been working around the clock to care for the animal and determine the cause of its stranding. All previous tests, ranging from radiographs to blood tests, showed normal results, leading SeaWorld to believe the dolphin might be suffering from hearing loss.

In dolphins, soft tissue and bone in their lower jaw conveys sound to the ears. The hearing test was conducted by placing electrodes on the dolphin, then different sounds and frequencies were sent to the animal’s jaw to test his response. His reaction to the sounds was measured through the level of brain activity seen on the monitor. This test is very similar to a human hearing test where sounds are sent through headphones to test a human’s response. 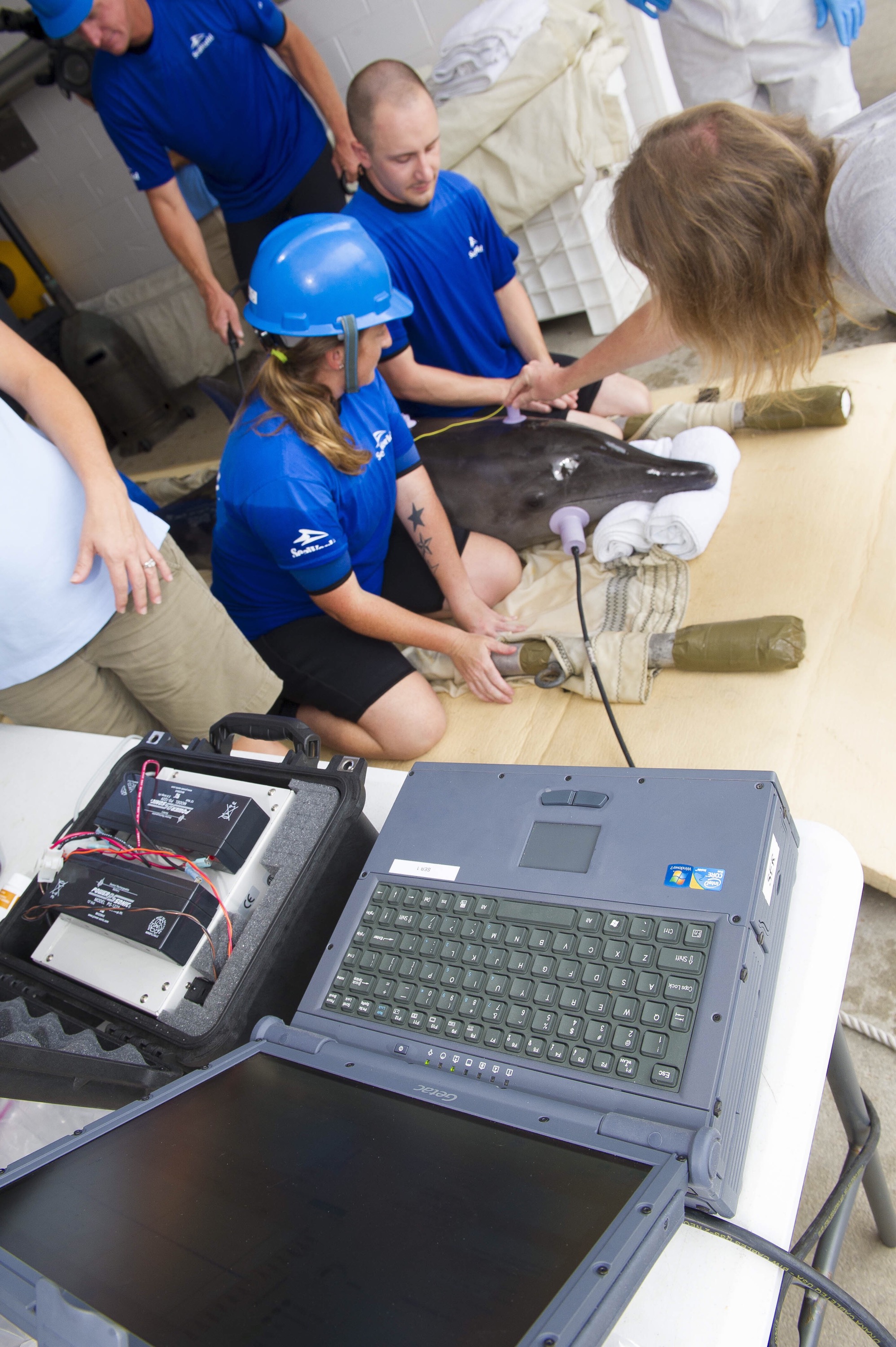 The hearing test allowed the experts at SeaWorld and the National Marine Mammal Foundation to prove that the animal has a significant degree of hearing loss, which was likely the cause for his stranding.
Since the dolphin has been at SeaWorld, he has shown signs of improvement and is now floating on its own, swimming without support from our animal care experts, and actively seeking food. SeaWorld Orlando will continue to work closely with National Oceanic and Atmospheric Administration (NOAA) on the next steps for the dolphin’s rehabilitation and care.