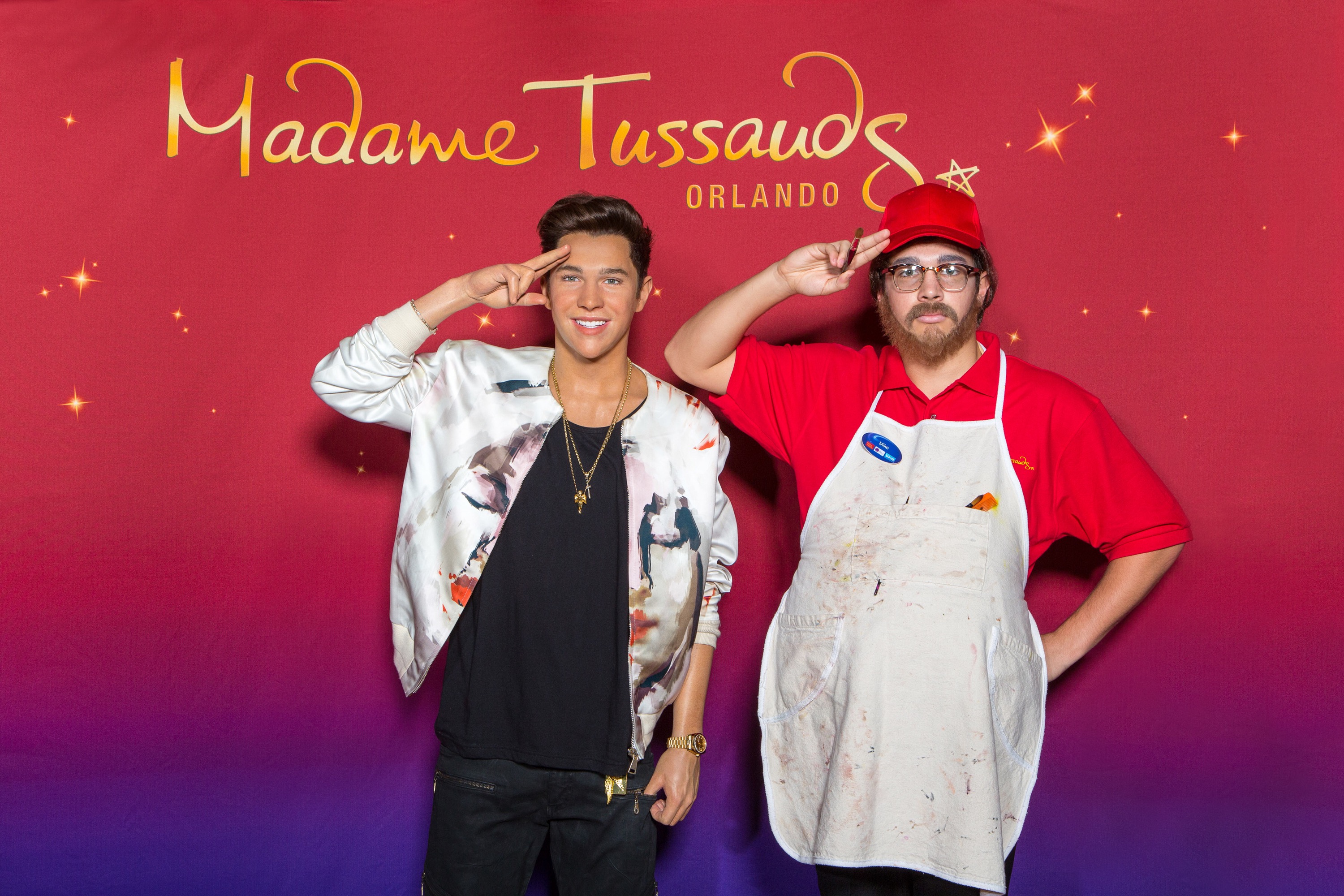 Teen sensation and pop artist Austin Mahone played a practical joke on a few of his unwitting fans today at Madame Tussauds Orlando. Disguised as a Madame Tussauds employee, Mahone offered to take photos and videos for his fans as they posed next to his newly unveiled wax figure, before revealing himself to the surprised attraction guests.

A group of young fans, affectionately known as Mahomies, were randomly selected to be among the first to meet Mahone’s figure under the guise of a promotional photo shoot. Mahone previously unveiled his wax double at the Madame Tussauds location in New York City. The figure will be on display inside the Orlando attraction’s music room.

The singer-songwriter met with Madame Tussauds artists to have more than 300 body and head measurements taken to create the lifelike figure. The fashion-forward celebrity also donated his own clothing to put his signature stamp on the figure. No small detail was overlooked. The figure is even wearing a replica of the silver bracelet Mahone’s mother made him.

“I had a great time today pretending to be a Madame Tussauds employee!” said Mahone. “I loved seeing my fans’ faces as they were looking at the figure, and then back to me. Their reactions were priceless! I have some of the best fans in world!”

Click Here To Check Out The Video
Signing with Chase Records/Cash Money/Republic Records, Mahone has come a long way with his pop music career. His first EP, The Secret debuted in the top five on Billboard’s top 200 chart. Pitbull (another Madame Tussauds Orlando figure) and Flo Rida have been featured artists on Mahone’s songs. Mahone has also opened for Taylor Swift’s RED tour. His most recent single, Dirty Work, debuted on July 2, 2015 and has garnered critical acclaim and one million video views in just one day. Dirty Work is the lead single from his highly anticipated debut full length album set for later this year.

Mahone has been nominated for more than 20 different awards over the last two years. The pop artist has won numerous awards from MTV, EMA’s Best Push Artist and Artist on the Rise, and The Teen Choice Award for Breakout Artist.