Before the start of his Australian tour, teen singer and songwriter Austin Mahone was hosted by Universal Orlando Resort on October 3, 2015 for a fun and frightful vacation. During his visit, Mahone enjoyed attractions at both Universal Orlando theme parks. He partied with the Minions at Despicable Me Minion Mayhem, rocked out on Hollywood Rip Ride Rockit, experienced The Wizarding World of Harry Potter and more. 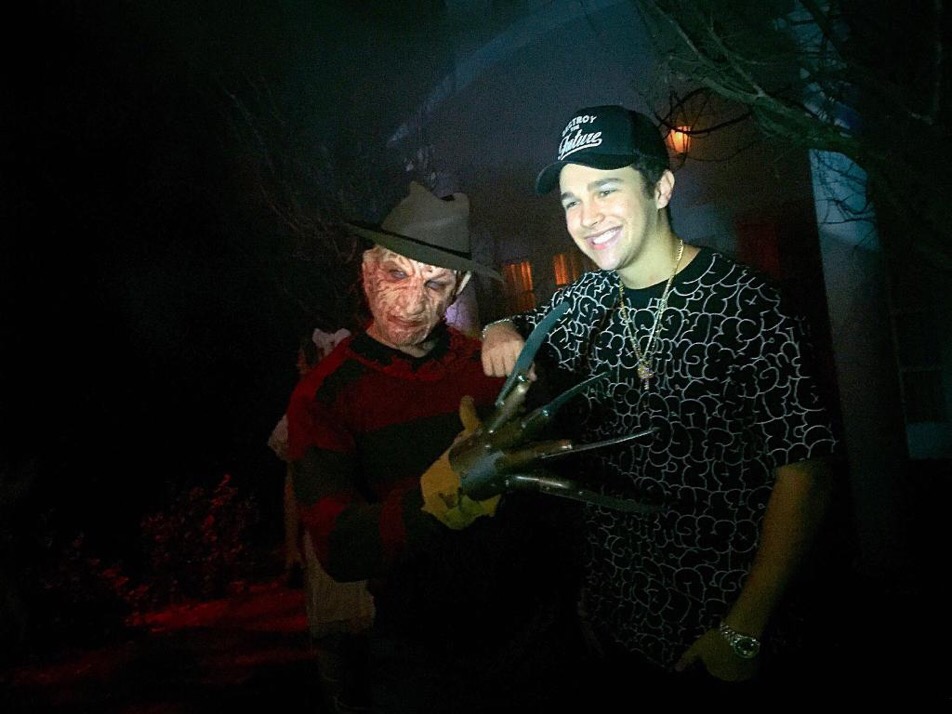 As the sun set, Universal Studios Florida transformed into a nighttime realm filled with monsters and mayhem at Universal Orlando’s Halloween Horror Nights 25. At the start of the evening, Mahone received a special welcome from the icon leading this year’s event, Jack the Clown. Throughout the night, he experienced nine disturbingly-real haunted houses, five scare zones – and even faced one haunted house with some of his fans.